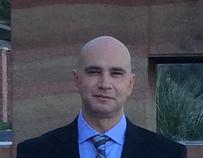 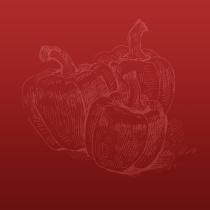 Antonino Buccellato was born in Castellammare del Golfo, Sicily, Italy, and has always had a passion for cooking. Right after high school, Nino attended a five-year culinary school in Palermo, Italy. During this time he also worked at various restaurant jobs during his summers and weekends.

A couple of years after graduation, Nino moved to the US to help in his family's restaurants in Pennsylvania and later Arizona. In 2002, he met his future wife Maria. Maria grew up near Palermo, Italy and worked with her brother, an accomplished chef. In 2003, Nino and Maria married.

That year, Nino and Maria opened the first restaurant of their own in Maricopa, Arizona. (Nick & Nino's Pizza).
By 2005, it had become the most popular place in town, winning four "Best of Maricopa" awards: Best Pizza, Best Pasta, Best Calzones and Best Subs while missing the Best Wings award by 2 votes.

Now Nino and Maria have brought their award-winning cuisine to Gila Bend. A number of their loyal customers from Maricopa still make the 39-mile drive, on occasion, just to enjoy the Buccellato's cuisine.

Over the years they have built a solid clientele from all over Arizona, mostly patrons going to San Diego (news anchor Richard D'Amico from Channel 10 Fox Phoenix is a regular), Yuma and Mexico.

In November 2011, Prince Harry from England honored us with his presence while training at the local Air Force Base. He claimed our pizza to be the "Best in the whole world"!

They look forward to serving you lunch, dinner or pre-bake your pizza to take and finish cooking at home (for long distance travelers) at their 4300 square-foot facility. Whether you're eating-in, or dining-out, stop by Little Italy... You won't be sorry!